This barn was built sometime around 1918 as you can see by the initials and year drawn in the concrete floor (pic). The barn measures 40'x62'. It has six bents, spaced 12'-12'-14'-12'-12'. Note that the end dimensions are measured from the outside surface of the corner post to the center of the next one. The ridgeline runs north-south, with the earthen bank ramp to the main doors approaching from the west. Here's an aerial photo from Google Earth showing the barn, just to the right of center. 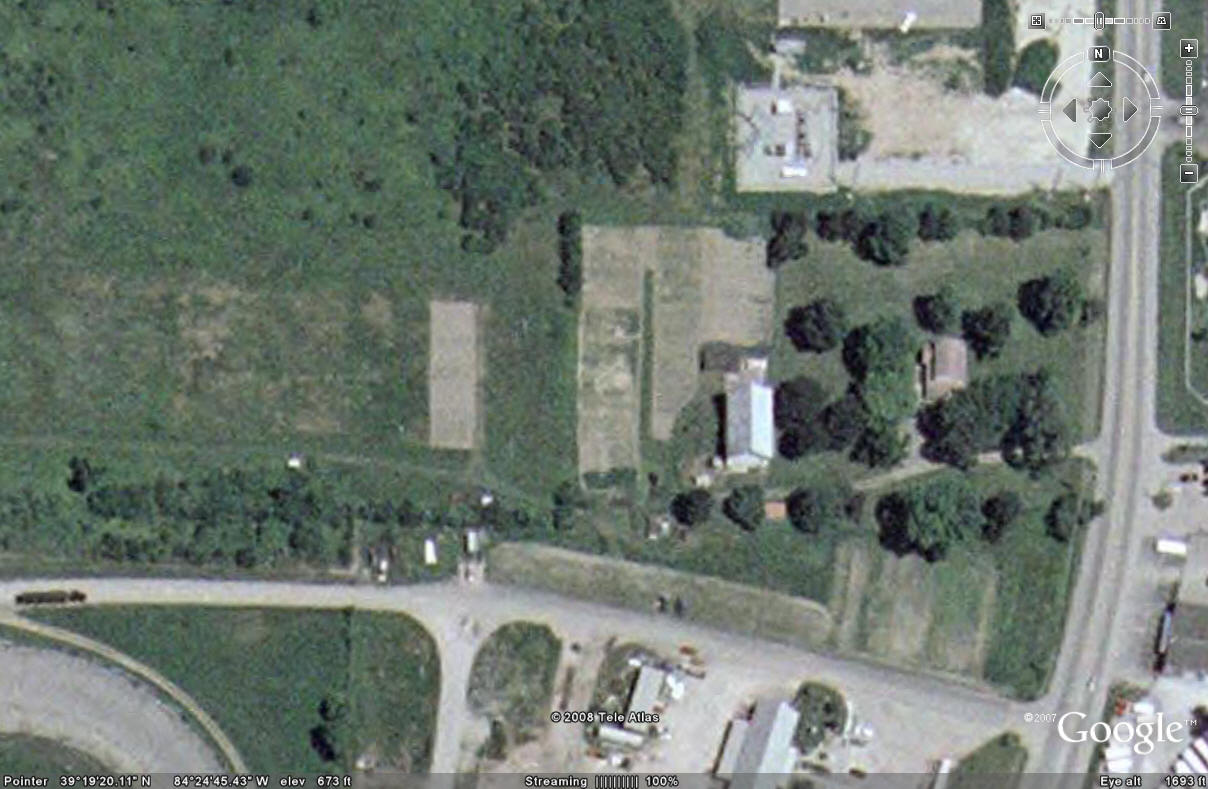 Another set of doors faces east, without a ramp, and was perhaps used to unload wagonloads of hay using the overhead hay track, or as was traditionally the case, the doors could be opened so the prevailing winds from the west could pass through and blow the chaff out from the threshing floor.

Being an early 20th century barn, the beams are sawn, not hewn, and the main floor is made using 2x12 joists on 12 inch centers.  The siding is tongue-and-groove. The metal roofing consists of unique overlapping embossed plates. Just a mile north, in Olde West Chester, there is a small house with the exact same roofing material. I wonder if a salesman came through some years ago and made a couple of sales?